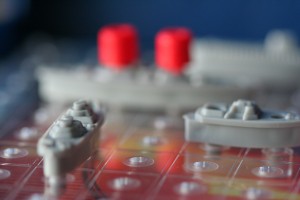 Game theory is an area of Economics that is increasingly used to explain many situations where strategic thinking and action is involved.  It is “the formal study of decision-making where several players must make choices that potentially affect the interests of the other players”  (von Stengel & Turocy).  It is an area study which has led to a number of Nobel prizes over the years, including John Nash who was the subject of the film A Beautiful Mind (2001).  Game theory has many applications both in and out of Economics, with people using to explain issues relating to dating, cycling and military strategy.

When we were defining oligopolies, one of the main characteristics we mentioned was interdependent behaviour.  As a result oligopolistic firms are often involved in strategic decisions and game theory can be applied to many situations to explain the behaviour of the firms.  The area within game theory which we look at in the course is called the simple prisoner’s dilemma.  This describes the situation where the two players both undertake an action that, although it is in their personal interest, does not lead to what may be the ‘best’outcome from the collective viewpoint.

Here are also a number of useful video explanations on the topic.