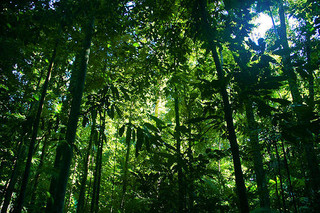 One solution that is proposed for solving market failure, and in particular a negative externality of production, is that of a system of tradable permits.  This is something that has gathered some momentum as a result of the Copenhagen conference.  One system that can be used is a market for ‘permits to pollute’ where firms are allocated a certain amount of pollution they can produce.  If they produce less than this they can sell their excess permits to others via a market which effectively produces a price for pollution (an explanation is given by the German emissions trading operators).  Along with this firms can buy or get carbon credits by taking part in schemes that offset pollution emissions, such as by paying to protect part of a rainforest that absorbs carbon dioxide, which is the type of scheme explained in this article.

BBC article – Rainforests could be traded on world market