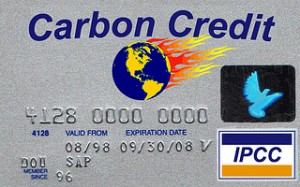 A number of businesses in Europe have been ‘ripped off’ recently by fraudsters who stole a large number of carbon permits.  These are a very good example of ‘tradable permits’ that can be used as a market based solution to the negative externality of air pollution.  The second site has a good explanation of how the scheme works.  Remember that these not only give an incentive to firms to reduce pollution, they can sell excess permits to generate revenue, but governments can also reduce the number of permits over time to prevent the price falling as excess permits become available.  This also deals with the issue of the externality being an international problem as the permits can be traded worldwide.